One of the painful points of doing PHP development is the time that one has to wait for the PHP scripts to render the page, especially when using CMSes and frameworks which involve a lot of server-side PHP processing.

Of course, PHP can be cached as bytecode, though in development we often need to flush the cache in order to see the results of our changes.

Looking into other peoples' experiences (such as this and these), there seems be a number of tuning solutions to make a local WAMP installation serve faster.

The results really speak for themselves in the following graph, where I used Apache's ab tool with a Silverstripe installation to perform the tests. The ab string used was: 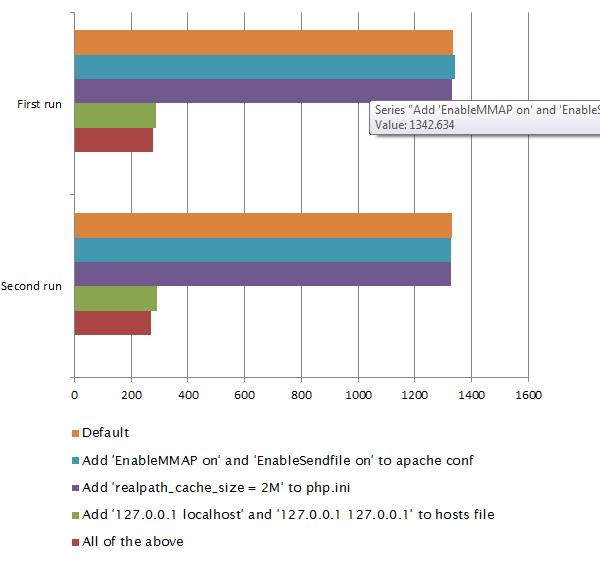 Shorter bars equals a faster performance, as measured by Apache ab's Time per Request, and the only solution that made a significant difference was the addition of the following entries into the hosts file (though it seems increasing realpath_cache_size in the php.ini also helps marginally):

When deploying applications into production, the challenge then becomes keeping on top of any errors that may be thrown during day-to-day operation. In the bad old days, you might put in some error

We've been busy recently, and have made some changes which will allow you as a publisher with meBooks to more easily monitor your sales via meBooks and affiliates. Access your sales history Previously,